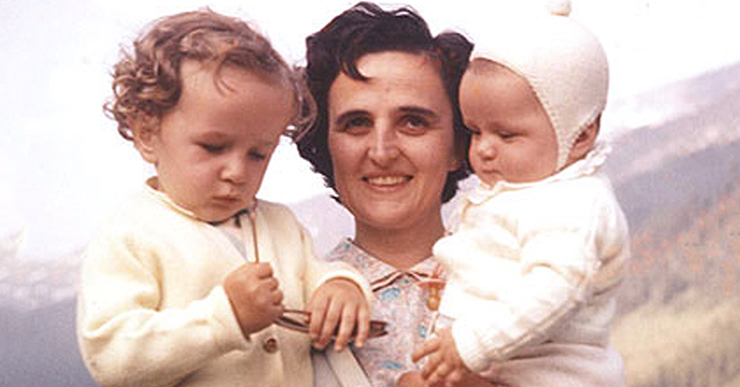 For those of us over the age of 30, sometimes the “waiting season” can be a bit rough. We long for companionship but, for whatever reason, it eludes us. We try to place our hope and trust in God but it’s not the easiest when the pangs of loneliness hit hardest. It seems like everyone is marrying younger and younger while you get older and older. It’s during these times when it helps to get a little inspiration from those who’ve come before us. Enter: St. Joseph (Giuseppe) Moscati and St. Gianna Beretta Molla.

St. Joseph Moscati was a life-long bachelor who dedicated his life to helping the most in need. He went to medical school and received a doctorate in physiological chemistry. After he became a doctor, he did was one of the first to try the use of insulin for patients with diabetes. Following the eruption of Mount Vesuvius in April of 1906, he was able to help get all the patients out before the roof of the hospital collapsed. During World War I he treated nearly 3,000 soldiers who were wounded. God gave him the amazing gift of being able to diagnose patients even without having seen them before.

He also used those gifts to help those who had little to nothing in terms of money to pay him with. In fact, he would often see his patients for free and would even give them the money they needed for their medication. He died of a stroke in between seeing patients in 1927 and became the first modern physician to be canonized.

St. Gianna Beretta Molla could arguably be considered the saint for older single laywomen who eventually marry. St. Gianna studied, went to university, and became a doctor all before she married at the age of 32. During her single years, she charitably gave of her time and talents to the elderly and the poor through the St. Vincent de Paul Society. After she received her Medicine and Surgery degrees, she specialized in pediatrics and used her knowledge to helping mothers and babies while continuing to care for those to whom she’s devoted the earliest part of her career.

If you think she gave up her career after marriage, you’d be wrong. She continued to use her medical degrees until she died due to complications from a large ovarian cyst shortly after the birth of her fourth child.

“If you must decide between me and the child, do not hesitate: choose the child? I insist on it. Save the baby.” —St. Gianna Beretta Molla

What do these two saints have in common, besides being doctors? They were lay people who used their single seasons for God’s greater glory. St. Gianna didn’t let the fact that she married and had children at an “advanced age” keep her from accomplishing great things. And, okay, St. Joseph took a vow of celibacy in his early 30s in order to give his life and career to help others, but you can still learn from his selflessness.

Instead of sitting around, bemoaning the fact that they were single (for life, in St. Joseph’s case) they used their God-given gifts to love their neighbors, just as we have been instructed to do.

What are your gifts? How can you use them to do greater things for others during your season as a Catholic single?