3 Tips on How to Stay Safe on a Date 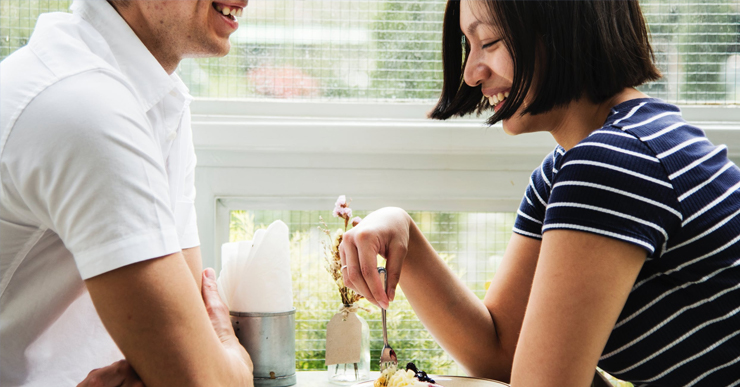 When most people think about how dating life in the 1950s and 60s must’ve been, they probably think of sock-hops, formal dance dates in which there was minimal touching, and, well, exactly what we’ve seen in classic films. In fact, we may even think that it was probably safer to date then than it is now. However, after reading The Catholic Youth’s Guide to Life and Love by Monsignor George A. Kelly, I quickly found out that it wasn’t as rosy as the films led us to believe. In fact, dating then had very similar (and, in some case, exactly the same) problems we face today.

Though the book was written for youth in the 1960s, you’d be surprised how relevant and solid the advice still is. Yes, he wants you to have fun dating (or courting if you’re down the more traditional route). He’s no killjoy but he still wants us to be safe. So, what did the good priest recommend doing to stay safe on a date?

1. Steer clear of the temptation to be alone together.

Don’t give me that look. I’m not saying you can’t ever be alone together or that you need chaperones, especially if you’re old enough to take care of yourself. But you should definitely avoid being alone in any situation where you can be tempted to let your guard down. You know, at each other’s apartments/houses, in a parked car in a secluded area, etc. This is especially important when you’re just getting to know them and/or if you’ve just met them in person. Build that trust and avoid whatever may put you in an unsafe (physically or spiritually) situation.

2. Be careful about how much you drink on dates.

Beyond the fact that no one should drink and drive – which can cause accidents and even deaths, alcohol has the undesired effect of impairing one’s judgment. No one is immune, no matter what some may say. It’s okay to meet up for a pint or have a glass of wine with dinner somewhere but be aware of your limits. If you don’t know your limits, perhaps you can avoid drinking altogether until you are sure you won’t be in danger of doing something that you’ll end up regretting once you’ve sobered up.

3. Be upfront about your boundaries.

While he doesn’t use the word “boundaries,” he certainly talks about it. In the “olden days,” the word was “standards.” If you’re not comfortable with something, especially in the early stages, say so. An example of this is physical affection. If you prefer to ease into a relationship without much physical affection, make it clear from the beginning. If you’re not comfortable with going along with what the other has planned, don’t be afraid to let them know. If they have a problem with it, you can feel free to leave. It’s perfectly okay to state what your boundaries are and, bonus, if it goes well and you’re on the same page, it’ll set a great foundation for your relationship.

While these tips may all be filed under “common sense,” you’d be surprised by just how many people brush it off. Just remember to use that common sense to stay safe and have fun on your dates!